Alright so I have proved to suck at writing blogs but Im going to give it another go. And yes will try to formulate more appropriately (for the grannies out there :) )
Where to start.. I could write chapters so Ill just go for some striking stuff.

I have been working in Jambi Huasi for almost 3 weeks now. Arriving after 4 weeks of Spanish and a lot of fun real life just started again. First question asked when I arrived: How´s your Spanish? Uuuuhmmmm friendly smile mas o menos..
So the people out here in the (I have not spoken English or Dutch for that matter in such a long time that at the moment I only remember the Spanish words) lets just say mountains. These people speak a different Spanish. It is basically like Flemish for the Dutch. Everything is ¨ita/ito¨ (which is basically like little or ¨je¨) and they dont pronounciate. They have learnt after 3 weeks that if they really want something from me they have to directly ask me in a clear way.. Because it has gotten better and usually I get most of the words but the real quintessence I tend to miss.

So in short. The clinic is trying to combine traditional (medicine from the Andes) and ¨occidental¨ or western medicine. It now is an autosustainable NGO. There is one GP and a gynecologist/obstetrician, three yachacs (traditional healers) of whom two can also do births. This used to be one of the main aspects here but since two years the hospital now gives the option to do a traditional birthing with a ¨partera¨ which is done standing. (yes standing, enjoy your 24 hours of labour!)

This is all done in an Ecuadorian way with an Ecuadorian time frame. Time is liquid. And they like to take things slow. The doctor can decide to come two hours late, or not come at all.. The only time I have seen people run is when their ¨novella¨ (soap) was on a break and they wanted to make it back before it ended. Something I have to get used to but it helps me a lot. Because if all of this would be done in a rush I would have had problems with the language. Now I spend a lot of time in (read listening to) conversations.

Que mas? Oh yes so also the original languag Quichua (hope i spelled this correctly) is what is often spoken with the doctors. It is jibber jabber and they only have 3 vowels I have been told. So the older generations also struggle with the Spanish and cant pronounce the words. This makes me end up in hilarious situations. (i laugh at them now but in the moment it can be pretty annoying). Or today I asked if someone cld help me because he had ears :) Not because OF his ear problem.

Alright I have built up enough suspense for the Coke story. I was invited for a funeral, not really a funeral itself but Ill explain. It was a cousin from one of the traditional healers. And their traditional funerals last 4 days and are apparently different for every single person who dies. When someone is single or a widow it is totally different. Anyways we were there on the second day invited to their home bringing a big bouquet of flowers. After work (5.30pm) and we were sat down first kissing everyone (yes also a part of the culture). With a piece of bread and a 3 l bottle of Coca Cola (which is most sold here, I mean 1.5 litres are just for pussies right? ) All our own cup (yes also a surprise). Then you have to share all the coke with everyone to finish it all and share its tradition. Afterwards we got a soup with beef and potatoes. And the rounds of Chicha (fermented corn drink) that you have to chug down and share with the whole group. This one was pretty disgusting, with pieces of potato. anyways. I wander how many saliva transmitted diseases ive accumilated after 4 glasses (I have declined several). Oh and after that another full plate of potatoes and chicken :P (I now always have a plastic bag with me for these kind of situations)
The next day after work we went to buy 6*3 litres of Coca cola (this time I did not understand we were going to the cementary) and this was our gift. We got more bread and the whole Coke thing started all over again. And we all received a bottle of Coke as a gift afterwards. Its so sad.. because nothing has changed and usually this was all done with their own brewed chicha but in some way or another now its all about Coke. And wherever you go, even tho its on a hike in the jungle (righ Nicole and Dawn) or a traditional funeral.. its there.

Alright I have to go.. Uhmm
Am Wondering what the coming 4 weeks will bring me. Then cant wait to explore Ecuador for 1 week more andddd then Peru! whooho me so spoilt :)

I will try to update better :) 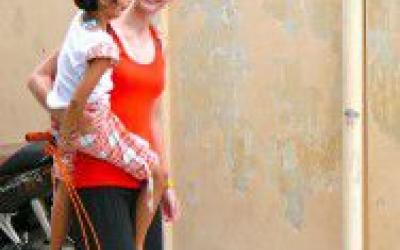 Small impression of the clinic 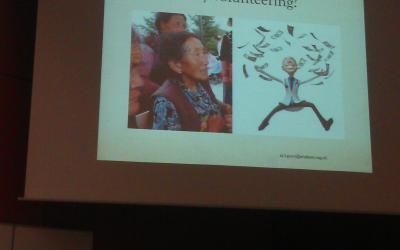 Sharing my passion for Volunteerwork
More from this category

Marketing: summaries and study notes for principles of marketing by Kotler (& Armstrong) - Bundle
Blog of MPoot 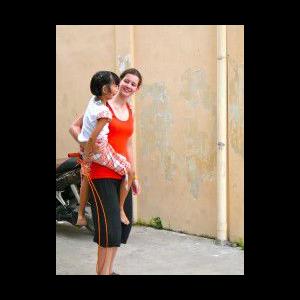