The domain-specific cognitive deficit account states that dyscalculia and dyslexia have two separable cognitive profiles. This means that a phonological deficit would underlie dyslexia whereas a deficit in the cognitive representation of numerosity underlies dyscalculia.

There are three subcomponents of phonological processing that are typically deficient in people with dyslexia:

It is unlikely that phonological awareness itself is relevant for arithmetic development as the sub-lexical phonology is not necessary for arithmetic. Phonological short-term and working memory may impact the development of number fact knowledge because it may be involved in holding and manipulating information when doing mental arithmetic. Deficits in lexical access could explain dyscalculia because it is needed to store and retrieve orthographic information.

A slow naming speed is characteristic for people with dyslexia whereas a slow naming speed for small quantities is characteristic for people with dyscalculia. Young children tend to overrepresent the spatial distance of small numbers resulting in a logarithmic function. During development and with experience, this number line becomes linear. Children with dyscalculia may have difficulties in developing this number line.

The number module refers to an innate capacity specialized for recognizing and mentally manipulating numerosity. A failure to develop this basic capacity would negatively impact the developmental trajectory of numerical and later arithmetic understanding. This is believed to be the cause of dyscalculia. Dyscalculic children may have difficulty in accessing number magnitude from symbols rather than in processing numerosity itself. However, this is not clear.

Children with dyslexia show deficits in phonological processing but age-adequate performance in tasks tapping into the number module. Children with dyscalculia showed deficits in basic numerical processing but not in the tasks assessing phonological awareness and RAN. The problems of the comorbid dyslexia and dyscalculia children are mainly additive from two separate underlying cognitive deficits.

Children with dyslexia have deficits in phoneme deletion and RAN. This is not influenced by children’s arithmetic skills. Their performance on numerical processing is comparable to children with typical development with the exception of the most difficult tasks, though these problems do not seem to result from deficiencies in the basic cognitive representation of numerosity. They are more likely to be the result of disadvantages in learning math induced by poor reading skills.

Children with dyscalculia did not seem to have phonological deficits. They have deficits regarding the number module. It is possible that they do not have deficits regarding the cognitive representation of numbers but deficits in the processing component. Dyscalculia may be characterized by underspecification of the mental number line that prevents children from fully understanding exactly how symbolic representations of number (e.g. number words; Arabic numbers) represent analogue magnitudes (i.e. not having the precise semantics of numbers fully and automatically available).

Children with both dyslexia and dyscalculia show a phonological deficit and a deficit in processing numerosity. These deficits are additive but not qualitatively different from isolated deficits of reading or arithmetic. This provides support for the domain-specific view. 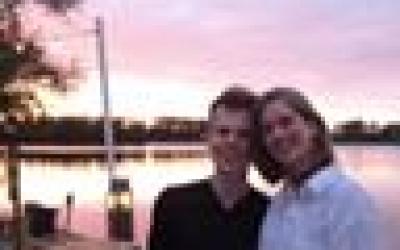