Psychopathology: the field concerned with the nature, development, and treatment of mental disorders.
Continually developing and adding new findings.

Sigma: the destructive beliefs and attitudes held by a society that are ascribed to groups considered different in some manner, such as people with mental illness.
Stigma has four characteristics:

The treatment of individuals with mental disorders throughout recorded history has not generally been good, and this has contributed to their stigmatization.
Mental illness remains one of the most stigmatized of conditions in the twenty-first century.

Mental disorder is one disorder that contains several characteristics.

Four key characteristics that any comprehensive mental disorder definition ought to have:

No single characteristic can fully define the concept.
Mental disorder is usually determined based on the presence of several characteristics at one time.

A person’s behavior may be classified as disordered if it causes him or her great distress.

But not all mental disorders cause distress.
And not all behavior that causes distress is disordered.

Impairment in some important area of life.

Disability alone cannot be used to define mental disorder. Not all disorders involve disability.
Other characteristics that might, in some circumstances, be considered disabilities, do not fall within the domain of psychopathology.

In the realm of behaviors, social norms are widely held standards that people use consciously or intuitively to make judgments about where behaviors are situated on such scales as good-bad, right-wrong, justified-unjustified, and acceptable-unacceptable.
Behavior that violates social norms might be classified as disordered.

This is not enough for defining mental disorder. It is too broad and too narrow.
And social norms vary across cultures and ethnic groups.

Harmful dysfunction. Has a value judgment and a objective component (dysfunction).
A judgment that a behavior is harmful requires some standard, and this standard is likely to depend on social norms and values.
Dysfunctions are said to occur when an internal mechanism is unable to perform its natural function, the function that it evolved to perform.

DSM
Dysfunction: interrelated in the behavior, psychology and biology.

Before the age of scientific inquiry, all good and bead manifestations of power beyond human control were regarded as supernatural.
Behavior seemingly outside individual control was also ascribed as supernatural causes.
Many believed that disturbed behavior reflected the displeasure of the gods or possessions by demons.

Demonology: the doctrine that an evil being or spirit can dwell within a person and control his or her mind and body.

The belief that odd behavior was caused by possession led to treating it by exorcism.
Exorcism: the ritualistic casting out of evil spirits.

In the fifth century B.C, Hippocrates separated medicine from religion, magic, and superstition.
He thought that disordered thinking and behavior were indications of some kind of brain pathology.

Hippocrates believed that normal brain functioning depended on a delicate balance among four humors, or fluids of the body.

Through his teachings, the phenomena associated with mental disorders became more clearly the province of physicians rather than priests.

Hippocrates’ ideas did not withstand later scientific scrutiny.
But his basic premise, that human behavior is markedly affected by bodily structures or substances and that odd behavior is produced by some kind of physical imbalance or even damage, did foreshadow aspects of contemporary thought.

The dark ages and demonology

Christian monasteries, through their missionary and educational work, replaced physicians as healers and as authorities on mental disorders.
The monks and monasteries cared for and nursed the sick, and few of the monasteries were repositories for the classic Greek medical manuscripts, even though monks may not have made use of the knowledge of this works.
Monks cared for people with mental disorders by praying over them and touching them with relics. They also concocted fantastic potions for them to drink in the waning phase of the moon.
Many people with mental illness roamed the countryside, destitute and progressively becoming worse.
During this period, there was a return to a belief in supernatural causes of mental disorders.

The persecution of witches

Witchcraft was seen as a heresy and a denial of God.
The manual for finding witchcraft specified that a person’s sudden loss of reason was a symptom of demonic possession and that burning was the usual method of driving out the supposed demon.

Mental illness was not primarily ascribed to witchcraft.
From the thirteenth century on, hospitals began to come under secular jurisdiction. Municipal authorities, gaining power, tended to supplement or take over some of the activities of the Church, one of these being the care of people who were mentally ill.

Beginning in the thirteenth century, lunacy trials to determine a person’s mental health were held in England.
The trials were conducted under the Crown’s right to protect the people with mental illness, and a judgment of insanity allowed the Crown to become guardian of the lunatic’s estate.
The defendant’s orientation, memory, intellect, daily life, and habits were at issue in the trial.

Until the fifteenth century, there were very few hospitals for people with mental illness in Europe.

Asylums: refuges for the confinement and care of people with mental illness.

Bethlehem and other early asylums

Confining people with mental illness in hospitals and placing their care in the domain of medicine did not necessarily lead to more humane and effective treatment.
Medical treatments were often crude and painful.

Philippe Pinel (1745 – 1826) has often been considered a primary figure in the movement for humanitarian treatment of people with mental illness.
Pinel is said to have begun to treat the patients as sick humans rather than as beasts.
Light and airy rooms replaced dungeons.
Pinel came to believe that patients in his care were first and foremost human beings, and thus these people should be approached with compassion and understanding and treated with dignity.
He surmised that if their reason has left them because of severe personal and social problems, it might be restored to them through comforting counsel and purposeful activity.

He reserved the more humanitarian treatment for the upper classes, patients of the lower classes were still subjected to terror and coercion as a means of control, with straitjackets replacing chains.

Moral treatment: patients had close contact with attendants, who talked and read to them and encouraged them to engage in purposeful activity. Residents led lives as close to normal as possible and in general took responsibility for themselves within the constraints of their disorders.
There were to be nor more than 250 patients in a given hospital.

Moral treatment was largely abandoned in the latter part of the nineteenth century.
Dorothea Dis helped effect this change.
She campaigned vigorously to improve the lives of people with mental illness and personally helped see that 32 state hospitals were built.

The evolution of contemporary thought

The anatomy and workings of the nervous system were partially understood by the mid-1800s, but not enough was known to let investigators conclude whether the structural brain abnormalities presumed to cause various mental disorders were present or not.

The most striking medical success was the elucidation of the nature and origin of syphilis, a venereal disease that had been recognized for several centuries.
If one type of psychopathology had a biological cause, so could others. Biological approaches gained credibility, and searches for more biological causes were off and running.

The general warehousing of patients in mental hospitals earlier in the twentieth century, couples with the shortage of professional staff, created a climate that allowed experimentation with radical interventions.

In the early twentieth century, electroconvulsive therapy (ECT) was originated.

In 1935 the prefrontal lobotomy was introduced. Especially for those whose behavior was violent.
In the 1950s, this intervention fell into disrepute.

The search for biological causes dominated the field of psychopathology until well into the twentieth century.
Beginning the late eighteenth century, various psychological points of view emerged that attributed mental disorders to psychological malfunctions.

Mesmer is regarded one of the earlier practitioners of modern-day hypnosis.
Hypnosis gradually became respectable.

Breuer and the Cathartic method

Psychoanalytic theory: psychopathology results from unconscious conflicts in the individual.

Structure of the mind (or psyche)

Defense mechanisms, a strategy used by the ego to protect itself from anxiety.

Psychoanalytic therapy. Psychotherapy based on Freud’s theory.
The goal of the therapist is to understand the person’s early-childhood experiences, the nature of key relationships, and the patterns of current relationships.

Jung and analytical psychology
Established analytical psychology.
In addition to the personal unconscious postulated by Freud, there is a collective unconscious, the part of the unconscious that is common to all human beings and that consists primarily of archetypes.
Archetypes; basic categories that all human beings use in conceptualizing about the world.
Each of us has masculine and feminine traits that are blended and that people’s spiritual and religious urges are basic as their id urges.

Adler and individual psychology
Individual psychology: regarded people as inextricably tied to their society because fulfillment was found in doing things for the social good.
Adler focuses on helping individual patients change their illogical and mistaken ideas and expectations. He believed that heeling and behaving better depend on thinking more rationally.

Continuing influences of Freud and his followers.

Freud’s original ideas and methods have been criticized over the years.

The work of Freud and his followers continues to have an impact on the field of psychopathology.

The rise of behaviorism

Behaviorism focuses on observable behavior.
Three types of learning that influences the behaviorists:

Human beings don’t just behave, they feel and think too.

Cognitive therapy
Based on the idea that people also think and feel.
In cognitive therapy, the therapist typically begins by helping clients become more aware of their maladaptive thoughts.
By changing cognition, therapists hope that people can change their feelings, behaviors and symptoms.

The professions associated with the field have evolved. 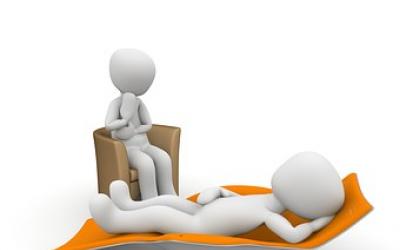 This is a summary of Abnormal Psychology by Kring, Davison, Neale & Johnson. This summary focuses on clincal psychology and mental health. Discussed are etliolgies of disorders and treatments. 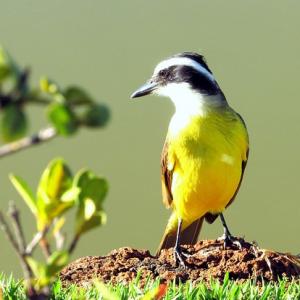 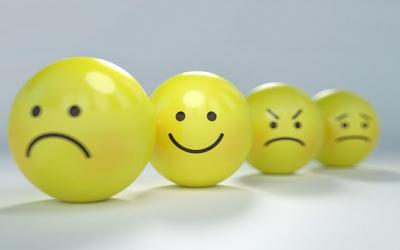