Rutger Bregman and Jesse Frederik are the hosts of my favorite Dutch podcast: de Rudi & Freddie Show. They discuss all sorts of topics, which at one point ventured into their disdain towards self help books. But, as is typical for R&F, they decided to investigate the popularity of the genre and then ended up coming up with their own list of life-improvement tips.

Rutger Bregman's first tip, also stars in his most recent book "De meeste mensen deugen". The title is kind of difficult to translate as there isn't really an English equivalent for the word "deugen". The noun "deugd" means "virtue", and the verb means something along the lines of "to be virtuous", but it's used in a much more casual way than the English version makes it sound...

Someone could ask me if I've met my new neighbor. My answer could then be: "Ja, ze deugt", which is just basically three words to say that I give the new neighbor a thumbs up.

Long story short, Rutger's newest book title translates to something along the lines of "Most people are cool".

The accompanying tip boils down to:

There will always be moments in life when you are not quite sure what "the other" thinks, feels or might do. When you find yourself in such a situation, you can assume the worst and start preparing (mentally) for somebody's anger, stupidity or deceit. You can also chill out, assume all is well and nobody is out to get you.

Why would you give people the benefit of the doubt?

Rutger insists that trust is the water that we swim in. Having your trust broken (by being set up, robbed or swindled out of your money) is collateral damage. The price you pay for mistrust is not worth the amount of negative energy it brings into your life.

A while ago, somebody knocked on my door. The person at the door was a stranger. He told me he lived down the street from me and that never did this kind of thing but that his sister had just been hospitalized and that he needed a couple of euro's to fill up the tank of his scooter to go see her.

So what were my choices? I could assume the worst and let my fantasy freak me out:

The alternative was to assume he was telling the truth and help the dude out.

In all honesty I did a bit of both: I assumed he was telling the truth, but didn't count on seeing him or the money back ever again (even though he assured me several times he would be back the following week).

I dug through several bags and pockets to collect all the bits of change I could find (because really, who still has cash these days?) and told him it was not necessary to repay me but that he should pay it forward to somebody else some day.

Hold on... That last one doesn't sound quite right. This positive-assumption thing takes some getting used to, I guess...

Let's try applying the same logic to a larger scale.

Because if we trust the people right in front of us, we can trust people a bit further away as well, can't we? And if we do that, we can assume whole groups of people consist solely of good-intentioned folks.

What could we achieve as a society if we put full trust in each other? What would our laws look like if we weren't always basing them on the assumption that people want to take advantage of the system?

That is some radical thinking, I'm telling you...

Have you ever been cheated by somebody? Good! That means you put trust in someone. Keep it up!

If you haven't been scammed at least a few times in your life you may be missing out on the good stuff by being too mistrustful. 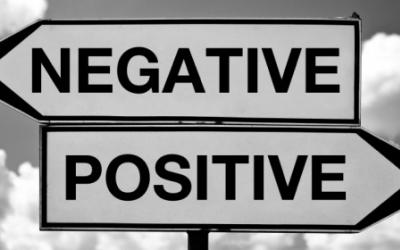 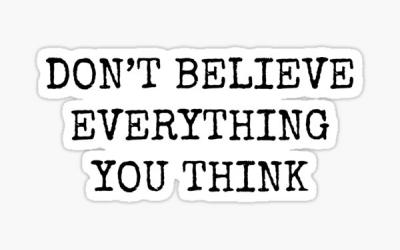