Utrecht is one of the most beautiful cities in the Netherlands. It’s Amsterdam, but smaller and less crowded, what more do you want? Well…. FOOD of course. While there are plenty of restaurants to choose from, and they generally all have some vegan dishes, there are some great spots where you can find especially great vegan food.

The vegan gorilla is a sort-of new restaurant in Utrecht. All their dishes are completely vegan and delicious. They offer both small Asian-style streetfood dishes to share, as well as larger meals from spaghetti to tacos if you prefer to eat everything by yourself. And next to their great dishes they have a cool drinks menu with drinks like apple-nettle icetea. It’s a bit out of the way if you’re in the city center, but worth a visit anyway.http://www.thevegangorilla.nl/

Oproer is another restaurant you won’t find while shopping around the city canals. The restaurant/bar can be found near Utrecht Zuilen station at an industrial terrain, where they sell vegan food as well as their own home-brewed beers. They use organic, seasonal ingredients and because of that also have a new menu every month! http://www.oproerbrouwerij.nl/

SNCKBR Utrecht is the only 100% vegan restaurant of all the SNCKBR restaurants. They offer many kinds of dishes, from tempeh to pizza. They also have a specific lunch menu with the typical dutch dish called “Kapsalon” meaning hair salon (WHY?!?! I don’t know..). This is usually a meat-lovers dish, but here a vegan version can be found with sweet potatoes, barbecued pulled jackfruit, Caesar dressing and cheese. According to their website they also work with sustainable ingredients, and, good to know, they can be found in the city centre! https://snckbr.com/SNCKBRUTRECHT/?lang=nl

Gys could almost be with the vegan options since their menu is ALMOST entirely vegan friendly. Gys was one of the first restaurants in Utrecht to create a partly vegan menu, however nowadays it’s almost 100% vegan. The offer a range of organic vegan/vegetarian options such as Fish & chips (vegan), sate, pokebowl, gnocchi. The food is really good and the atmosphere is great. There are two locations in Utrecht and both have their own menu, so have a look at that if you don’t know where to go. https://gysutrecht.nl/

Restaurant Ân Ân is a Vietnamese restaurant selling Vietnamese streetfood. It has a very laid back and simple atmosphere, which makes it feel a little bit like you’re actually eating in the streets of Vietnam. It’s a very popular restaurants with many different dishes. While they serve meat and fish, they also have an extensive list of delicious vegan options and even the ones that don’t seem vegan can sometimes be made vegan when leaving the egg out. The idea of the restaurant is that it’s kind of Taiwanese tapas, so you order many different dishes to share, which makes it an even more fun dinner experience. https://restaurantanan.nl/

Wagamama has been in Amsterdam for many years now, but recently finally moved to Utrecht. It’s a Japanese restaurant (although they serve a limited amount of other Asian dishes as well) with amazingly delicious dishes and drinks. They’ve recently released an entirely vegan menu that finally has a vegan version of my boyfriend’s favourite dish (Japanese curry) and some other amazing dishes. The food is freshly made, so dishes are not served at the same time, but that also means you get really fresh food. https://www.wagamama.nl/restaurants/utrecht

Sunshine is an amazing Ethiopian restaurant in Utrecht. It is small, cozy, quite simple and the people are really nice. The food they serve is traditional Ethiopian food, served in a traditional way. While they serve quite some non-vegan/vegetarian dishes, they also have some AMAZING vegan options. I would definitely urge you to go if you want to try vegan Ethiopian food, to make sure which dishes are vegan, make sure you ask them. https://www.ethiopisch-restaurant-sunshine-utrecht.nl/

Soy is a restaurant/take-away a little bit outside of Utrecht city centre. They offer amazing Chinese dishes, but all vegetarian/vegan! :D So if you’re into Chinese-ish take-out, make sure to get it here! Eating in is alright too, but it’s simple and small so not very special for eating out. http://www.soy-utrecht.nl/menukaart/

So if you're in Utrecht, make sure to try out one of these amazing restaurants and let me know in the comments what you think :).

Hey Hannahlow! What a nice and interesting blog did you write!

I was born and raised in Utrecht. First I lived with my parents, but now I live with some friends. I find it verry funny to read that you compare Utrecht with Amsterdam, only Utrecht is smaller. That's something my parents always say as well! With its canals the centre of Utrecht has the same atmospehere as in Amsterdam.

The restaurants you mentioned are very popular. I also been at some. My favorite vegan restaurant is definitely 'Gys'. They have a versatile menu and the food is delicious. Another restaurant worth mentioning is 'Vegitalian'. If you're into Italian food, this is the place to be in Utrecht. They're located in the centre, near by 'De Neude'. You should really try this restaurant! ;) Vegitalian is also open for takeaway and delivery. 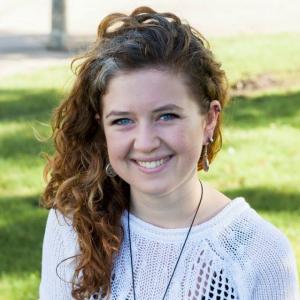 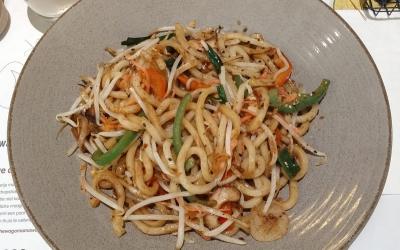 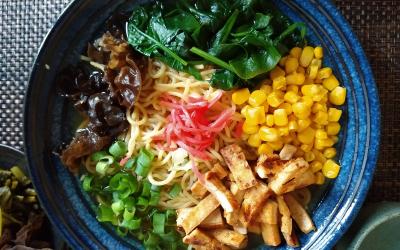 This is a Japanese ramen recipe that is delicious and suitable for everyone, also vegans. It is easy to make and you can create a different dish every time if you change the toppings. This recipe will give you the ramen stock, and some toppings I 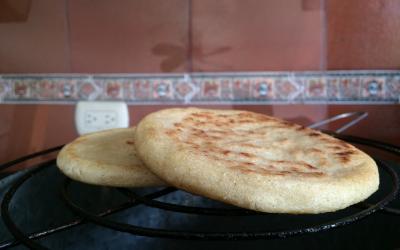 Arepas are corn pancakes/bread that can be eaten in all kinds of ways. If I understood correctly, arepas are mostly eaten like a kind of sandwich in Colombia (so cut open the arepa and put stuffing inside), while in Ecuador I mostly got it as a kind of thick pancake with

As a vegan who loves travelling, you've probably heard that it's impossible to do it if you want to stay healthy. Well, I'm here to change that view and give you some tips for travelling as a vegan in Ecuador.

When I went to Ecuador, I was doubtful about whether I would manage to stay vegan. I had been vegan for a year, and while it was rather easy in the Netherlands, I always thought that I would never be able to keep being vegan while abroad. Nevertheless, I did it with the help of some tips/tricks. 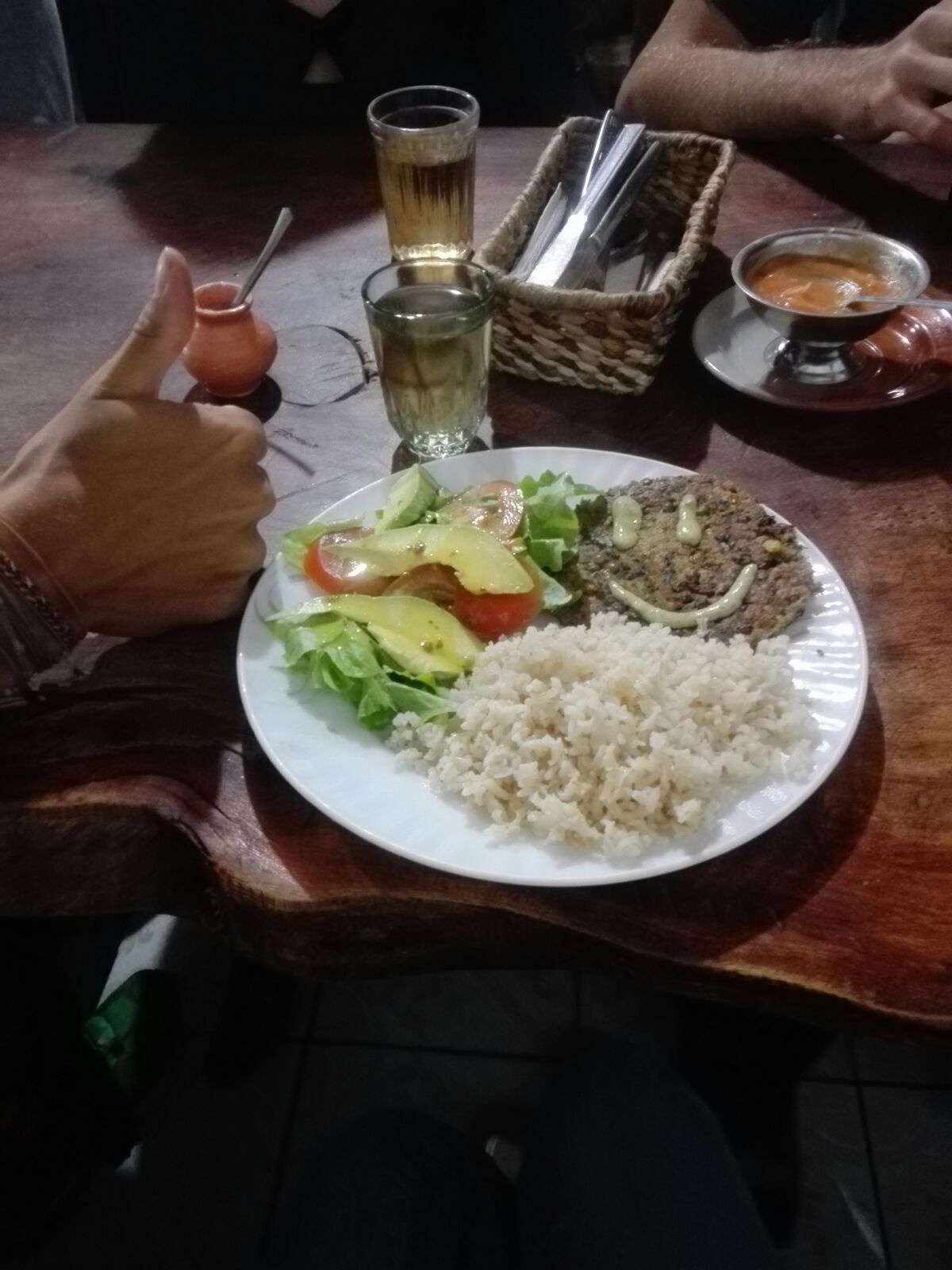 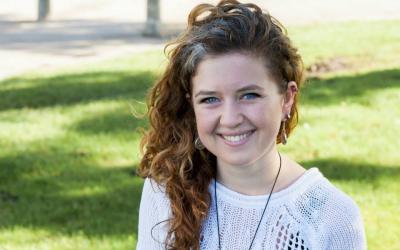 What to do to stay healthy in quarantine times: 11 tips 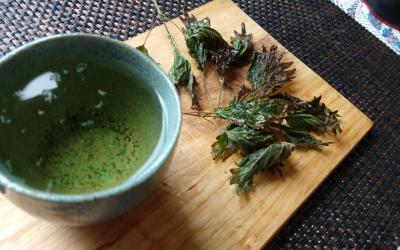 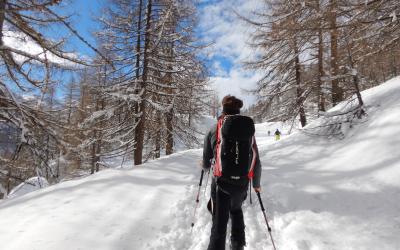 11 tips for first time ski touring
More from this category 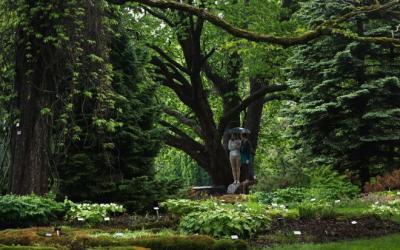 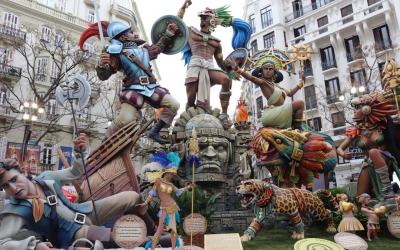 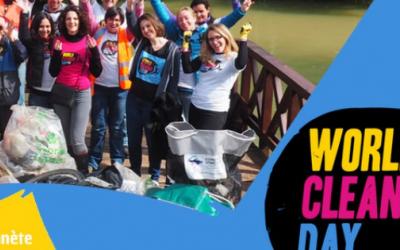