Victimology is not developed the same way in every part of the world: there are qualitative and quantitative differences. Victim assistance programs, victim legislation, therapy, surveys, courses and seminars in victimology; in some countries these are well developed, whereas in others they are (almost) non existing.

Poets, writers and novelist were the early developers of victimological notions. In 1948, the systematic treatment of victims appeared for the first time in Hans von Hentig's book The Criminal and His Victim. Von Hentig believed that many victims contributed to their own victimization, by creating a situation that would lead to a crime or by incitement/provoking the criminal. The role of the victim could be functional (such as participating, facilitating or triggering) or motivational (arousing, inciting or attracting). After Von Hentig's book, several empirical studies were conducted, paying attention to victims of specific crimes, such as rape, robbery and homicide.

In 1949, the term victimology was first used by the American psychiatrist Frederick Wertham in his book The Show of Violence. In the 1980s, many articles and books were written on this topic and nowadays, victimology is an integral part of criminology.

In the 1970s, the micro approach of victimology changed into a macro approach: from individual studies of victims of crimes to large scale surveys. The surveys aimed at determining trends and patterns in victim population, volume of victimization and to establish the socio-demographic characteristics of victims. Between 1975 and 2000, victimology transformed from theoretical to applied victimology. Whereas theoretical victimology was focused on causal explanations of crime and the victims role in it, applied victimology focused on helping victims and affirming their rights. However, it also reshifted the focus on conventional crimes with tangible victims, which led white-collar crimes to the background again. The shift also had a negative impact on criminal policies: it helped to reinforce vengeful reactions to crime.

Victimology has undergone a rapid and fundamental evolution in the past 20 years. The 1980s and 1990s were decades of consolidation, data gathering and theorization. Victimology has been established in the academic field, national and regional victimology societies have been set up, victim services has been established and expanded. The adoption of the 1985 'United Nations Declaration of Basic Principles of Justice for Victims of Crime and Abuse of Power' has been one of the most important developments.

Victimization surveys are mainly used to collect data, and is often used for the analysis of temporal and spatial patterns/trends in victimization. The British Crime Survey and the United States National Crime Survey are examples of surveys that are carried out on a regular basis. Victimization surveys have shown that there is a strong interrelationship between offending and victimization. For example, research has shown that victims of violent crime are significantly more likely than non-victims to self-report that they committed violent crimes (Sparks, Genn and Dodd, 1977). There is also a stronger relationship between offenders and victims that often is believed, for example in sharing demographic characteristics and psychological reactions. The International Crime Victim Surveys collected standardized data from a number of countries in 1989, 1992 and 1996-1997. However, victimization is subjective and individual and does not always correspond with the legal definition. It is not clear whether victimization surveys measure the subjective experience or the criminal victimizations that meet the legal criteria for a specific crime.

Hindelang, Gottfredson and Garofalo (1978) developed the life style model, one of the first and most important theories of victimization. The model states that the likelihood of an individual becoming a personal victim, depends mostly on lifestyle. The Routine Activity Approach by Cohen and Felson (1979) focuses on the outcome of the convergence in space and time of motivated offenders, suitable targets and absence of capable guardians. The opportunity model posits that the risk of victimization depends on lifestyle and routine activities that bring people/their property in direct contact with (potential) offenders, without the presence of capable guardians (Cohen et al., 1981). The Dutch model states that proximity, attractiveness and exposure are the most important factors that determine the risk of victimization. The ten different categories of relevant factors are: opportunities (linked to characteristics of potential targets and their activities and behaviors), risk factors (such as age, gender), motivated offenders, exposure, associations (close personal, social or professional contact between potentials victims and offenders), dangerous times and dangerous places, dangerous behaviors (negligence, carelessness), high-risk activities (such as prostitution, illegal activities), defensive/avoidance behaviors (risk-takers or risk-avoiders) and structural/cultural proneness (cultural stigmatization may lead to culturally legitimate victims).

Since the 1980s, new legislation has been passed in the US, European countries, Canada, Britain and Australia, on topics as compensation, the position of the victim in the criminal justice system and assistance to victims. However, there has also been criticism on victim legislation, such as on the Victim Impact Statements (VIS). The VIS allows victims input in the court, by stating the impact that the victimization had on their life. In Australia, the VIS has not been adopted in the state Victoria. Victim compensation results often in very little amounts paid to victims, and it has been argued to be more a symbolic act by governments to show their empathy with victims. Only few victims qualify for compensation: eligibility is depended upon reporting to the police, cooperation with the criminal justice system and emotional damage is often not provided for. Bureaucratic procedures and unawareness play also a role in deterring victims from applying for compensation. The victim fine surcharge allows to surcharge offenders who are sentenced to a fine, even if their crime is 'victimless'.

An alternative for state compensation, could be restitution by the offender to the victim. However, offenders are often unemployed or do not have the financial means to compensate the victim. Victim offender reconciliation programs have been set up largely in Canada and the US in the 1970s, as a form of restorative justice. However, goals to ensure restitution and the fulfillment of the obligations agreed upon in the mediation agreement, were difficult to achieve in practice. The name changed from victim offender reconciliation to victim offender mediation.

There has been an expansive growth in victim services programs between 1980 and 2000. Victim services mainly are focused on giving information and moral support, although assistance programs also include referring victims to existing services, provide urgently needed help and providing special assistance to victims of for example rape or family violence.

It is likely that there will be a transition from 'Utopian idealism' to 'hard realism': from the view of the bad offender and the good victim to a more realistic view of human beings that are involved in a social relationship and emotions.The victimologists' fallacy refers to the erroneous belief of 'the more victims rights, the better'. It is argued that excessive rights for victims will be counterproductive, because it would jeopardize the implementation of basic victims' rights. Realist victimology is truly scientific, gathering data with acknowledged, scientific methodology and based on scientific instead of political ideology. It is likely that there will be a growing emphasis on qualitative research, as there are several areas to be scientifically examined (such as the differences in impact of victimization and needs of crime victims).

Quantitative victimological research will likely loose popularity, as the additional knowledge that can be gained will not be sufficient to justify the high costs. It is likely that there will be a declining need for partisanship and advocacy, as little remains to be done on the political and legislative front. Public consciousness has been raised and social attitudes have been changed already; victims' movement has booked spectacular results already. Also victim therapy is like to reduce in popularity, as alternative healing practices (such as reinforcing natural healing processes of the human psyche and strengthening family and social networks) will be better, more effective and cheaper. The restorative justice paradigm with its medication, reconciliation, compensation and restitution elements are likely to become more popular. Primary objectives of most victims are healing, redress, recovery and prevention of re-victimization and not to enforce harsh, punitive justice policies.

Pemberton, A. (2012). Just-world victimology: Revisiting Lerner in the study of victims of crime.

Judith A. Howard - The 'normal' victim: The effects of gender stereotypes on reactions to victims

Finkelhor & Kedall-Tackett – A developmental perspective on the childhood impact of crime, abuse, and violent victimization.

Hanson - The Impact of Crime Victimization on Quality of Life

Methodological challenges in the study of age- victimisation patterns. Can we use the accelerated design of the NCVS to reconstruct victim careers? Introductie 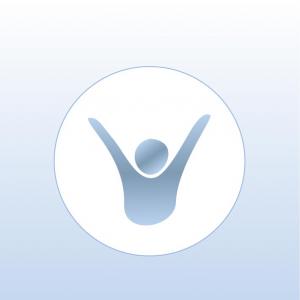