Does knowledge consist of facts that have come from experience? - Chapter 1

What is the common sense view of science?

In the first four chapters of this book, the statement "science is derived from facts" is critically analyzed. Throughout the book, this statement's meaning changes slightly. Facts are statements about the world that can be sensed. Facts are neither personal opinions nor speculative ideas. If the world is perceived accurately and without prejudice, the facts that are established are, therefore, a reliable and objective basis for science. Scientific knowledge is reliable and objective if the facts guide conclusive reasoning to laws and theories that make up the basis for scientific knowledge. Before the 17th century, science was primarily based on authorities such as the Bible and Aristotle. Due to people like Galileo, this idea changed in the 17th century. People started to see observation as the basis of science.

Empirists (such as Berkeley, Locke, and Hume) and positivists held the idea that we can see facts as indisputably correct through observation. It follows from this reasoning that knowledge derived from this is objective and reliable. However, it is doubtful that science is based on observable facts. The problem that arises following the statement that science can be deduced from the facts relates to:

Some believe that facts are at the basis of science because they have the following assumptions:

These three presuppositions are debatable, which means they can only be accepted to a certain limit.

In this section, Chalmers explores 'visibilities' limits to creating facts.

We see with our eyes, this is due to the light which falls on an object being is reflected by our retina. When the observed image is transported to the brain, the differences, between people, in perception begins. Two assumptions are more or less debatable, namely:

The above two assumptions are not always correct. Are visual experiences only determined by the observed object?

There is enough empirical evidence that when people see the same object, they don't perceive the same thing. Observing through the eye is more then what we only see. Because of the observer's perception and experience, two people who perceive the same thing (get the same image on their retina) can see something different under the same circumstances. The end result is determined by our processing. Examples are optical illusions that can be interpreted in different ways, depending on whether or not a pattern is discovered. Moreover, training can increase our ability to distinguish details in complex images. A layman does not see any form of cell division under a microscope, an experienced biologist does. Both probably see the same thing, but give it a different meaning. When two biologists look through the same microscope, this also does not mean that they are experiencing the same observation.

However, to clarify, Chalmers does not conclude that

How are observable facts expressed as statements?

In normal language, there are multiple meanings to the word 'fact'; a fact can be the state of affairs in reality, but it can also be a statement in itself. Reality has facts in it, but statements in themselves are also facts. In other words: it is necessary to distinguish factual statements from the observations that form the basis for these statements. On this basis, you could argue that facts alone do not provide a sufficient basis for a theory, because then statements would also be a sufficient basis for a theory. We must distinguish between facts, interpreted as statements, and the different situations that describe these statements. We must also make a distinction between statements about facts and the observations that result in these statements being accepted as facts. Those statements are constituted through a conceptual framework because we articulate the facts in a cognitive way. Without knowledge, we cannot get the statements derived from the facts. Therefore, the previously formulated assumptions 1) facts are directly accessible to the senses through all senses and 2) facts precede the theory and are independent of it cannot be maintained. It cannot, therefore, be the case that you first establish the facts and then deduce your knowledge from them.

It has been described that theory or knowledge is generally based on observing and interpreting facts. That is not true, because we need a manual for transforming observations and obtained facts into theories.

An alternative position states the following:

A theoretical framework is needed for the development of more complex areas of research. For example, if a scientist wants to perform botanical observations, he must first have knowledge about plants. However, the facts that he observes are not the complete theory. For example, he only recognizes a plant when he has knowledge of certain plant families. Knowledge is, therefore, necessary for the formulation of statements about facts.

The original starting point was that observations were able to reliably determine what 'true' and 'false' are. However, it is not that simple. This is because not everyone perceives the same thing. This creates differences of opinion about what observable facts are. Judgments about the appropriateness of statements based on observations are based on assumptions that are sometimes imperfect. We may also ask ourselves whether the observation facts depend on existing knowledge. Moreover: is that knowledge reliable? Developments in knowledge and technology make it possible to avoid observation errors. Both the facts and the knowledge are imperfect and therefore capable of being wrong. They are, therefore, eligible for improvement. Scientific knowledge and the facts on which this knowledge would be based are independent of each other. The intuitive notion that science is derived from facts was the notion that scientific knowledge has a special status; partly because it is founded on a certain basis. Perceptions, however, are influenced by the background and experiences of the observer. The following chapter discusses the possible solutions to the problem of perception as a basis for science. For example, observations cannot form a direct and solid basis for science, as it has been, and is, assumed. 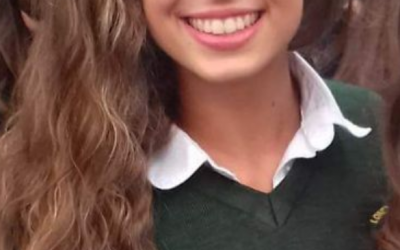 Does knowledge consist of facts that have come from experience? - Chapter 1

Who is susceptible to addiction? Chapter 2

What is the origin of addiction? Chapter 1
More from this category 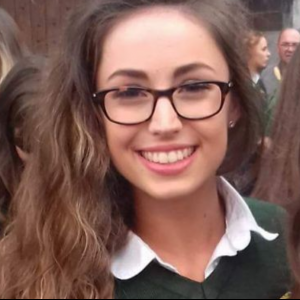