As a respond to unethical studies, the Department of Health, Education, and Welfare issued comprehensive regulations for the protection of human subjects: 45 Code of Federal Regulations 46.

The Commission’s 1979 Belmont Report established the guidelines to be followed in conducting research with human subjects.

Individuals should be treated as autonomous agents who are capable of deliberation about personal goals and acting under the direction of such deliberation.

They be afforded special protection from harm.

Researchers provide potential subjects with adequate information about what is involved in participation, including potential risks and benefits and the requirement that they obtain voluntary informed consent from participants.

It is not only respecting people’s decisions and protecting them from harm, but also making

efforts to secure their well-being. In conducting research, investigators should not only do no

Researchers must show fairness in selecting participants. There are two levels of justice: the social and the individual.

These regulations consist of four subparts:

support must be reviewed and approved by an Institutional Review Board (IRB), which is a

committee responsible for reviewing the ethical aspects of proposed research. There are three general types of review conducted by these committees.

1)Full board review, which applies to research presenting possible risk to subjects, for example drug or medical device trials or surveys involving children or impaired populations.

2)Expedited review, which applies to studies that present minimal risk to subjects, defined as ‘‘the probability and magnitude of harm or discomfort anticipated in the research are not greater in and of themselves than those encountered in daily life or in the performance of routine physical or psychological examinations or tests.

3)Exempt review, in which the involvement of human subjects does not involve children or ‘‘at

risk’’ populations and in which participation involves.

A number of practical implications for the ethical conduct of survey research follow from these general principles, including:

2.Do No Harm to Participants

à There is a distinction between anonymity and confidentiality. Anonymous responses are obtained from survey participants when there is no way to link answers to the individual respondent. Otherwise it is confidential.

5.The Issue of Refusal Conversions

à Refusals can be classified as “hard” or “soft”. The ethical question is one of whether conversion attempts (in the case of soft refusals) should be made.

6.The Use of Incentives

à While there does not appear to be a generally accepted approach to the payment of research incentives to participants, any compensation should not be of a nature that it interferes with the ability of potential subjects to give informed consent, without the possibility of coercion or undue influence, and any study that involves the payment of direct compensation to minors should be reviewed with great scrutiny.

Many of the factors considered in the ethical design of research could be thought of as ‘best practices’. Think about:

à A key element in sample selection is representativeness, involves the use of some form of random or probability sampling.

à In designing a survey questionnaire there are a myriad of factors to be considered, including whether a question should be asked as an open- or closed- item, whether it should include a filter question or not, the type of response format, the number and order of alternatives, the tone of wording, and the context in which the question is asked.

à The ethical challenge is to design a questionnaire that is unbiased and does not present questions in a way that will provide support for the hypothesis the researcher is testing or produce results that are desired by a research client.

à From an ethical perspective, if you choose a sample from a complete sampling frame, select the sample using strict probability methods, but then collect information from a relatively small percentage of the respondents selected, can you substantively (and ethically) maintain that the results are representative of the population?

à Considerations: the possibility of faked or fraudulent interviews, falsification, fabrication or manipulation of survey results.

à Over the past decade, the number of surveys conducted using the Internet has increased

substantially and this mode of data collection presents several ethical challenges beyond those found with other modes.

The Reporting of Results

In analysing and reporting the results of surveys there are a number of ethical principles that should be followed.

The Role of Professional Organizations in Ethical Survey Research

There are different codes. For example:

-Established principles of professional responsibilities in our dealing with people;

-Addresses issues related to the protection of human subjects, the conduct of research, and the disclosure of results.

Four fundamental ethical principles for research. Respondents should be:

2.Informed about the survey’s intentions and how their personal information and survey responses will be used and protected;

3.Sufficiently satisfied with the survey experience;

All these codes have a common goal: to provide guidance on the conduct of research.

In November 2009, AAPOR launched a transparency initiative for reporting and disclosing information for public access. Among the goals of this initiative are improving and advancing survey methods and enhancing the cooperation of the public, upon whom survey research depends. 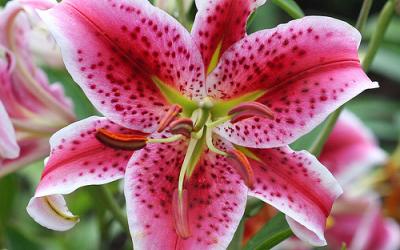