On the day of the application deadline I first heard about the Nour Project. The friend who tipped me about it told me it had something to do with ‘other cultures’ so just the thing for me she thought. Nearly a year later I am happy to tell you that I (barely) made the deadline and above all to say that she was more than right in her assumption. Because what gives you more credibility for interest in other cultures than the study of Cultural Anthropology. In which you look at culture, in the way people give meaning to their everyday lives, with what means and to what extent. In the months after my admission I prepared myself, with great support of the Learning Programme, for two month living and working in a Arabic country where I hopefully would get this true meaning of culture. Would I have then believed that this culture included driving in a Porsche, regular meetings in Starbucks, private pool parties at the Dead Sea and 3D movies inside shopping malls where Paris Hilton would have felt like Charlie in the chocolate factory? Nope, but these were some of the things that I had the privilege experiencing last summer. While reading this you probably assume that I was one of the lucky few who entered an internship in Dubai. But nothing is less true, cause the country of my destination was Jordan. Famous for Petra, the Dead Sea and my personal favourite Wadi Rum, all places so beautiful, so huge and so majestic that you feel completely overwhelmed by it, but the thing that touched me the most was the welcoming hospitable Jordanian. And just a selection of the encounters I had on my first day in Jordan will be enough to illustrate this. Because it was my first day it was not hard to get lost in the metropolis of Amman. Luckily everyone literally stopped with whatever they were doing to guide us into the right direction, including taxi drivers and shopkeepers. One of the shopkeepers even insisted on sharing his lunch (the best falafel sandwiches in town) and in another shop we met a Bedouin who invited us for his cousins wedding two days later in Petra. And together with Eline, my colleague and good (!) friend since, we decided we defiantly didn’t want to miss out on this trip, although we would return the morning of my first day interning. This first working day was nothing like I expected, blowing balloons and painting faces of children who had leukaemia didn’t really fit any of my personal desires or capabilities. However, working directly in the management team of a local NGO as a project coordinator made me aware of the great importance of grass rooted volunteerism.
During the eight following weeks we realized about nine events for a total of 1500 underprivileged children. The philosophy of the ‘Make a Smile Project’--this year’s event title—symbolized the volunteer initiative formed in response to every child’s need to feel cherished by society and to be given the opportunity to experience the festivities and celebrations of their traditional holiday Ramadan as a memorable and joyous occasion. In the first few weeks we were primary busy emailing, telephoning and meeting (potential) sponsors. We also worked on marketing to get the maximum publicity. Because we worked in a small team which put great trust in us we were given plenty of space to work independent as well. So organized Eline a self-defense workshop for orphanage girls and was I given the opportunity to develop some management skills co-managing an event for a total of 800 kids including an iftar meal, presents and a show in the national park’s amphitheatre. Sometimes we had very long and tough days, in which we were suppose to go formally dressed from meeting to meeting while it was about 35 degrees and impossible to eat or drink in public because of the Ramadan. Luckily for us we worked and lived in a international environment where it was ok for us to go sunbathing during lunchtime and to barbecue regularly on the rooftop. Our bosses even awarded our hard work with a voucher for a night in a five star hotel where we fully distressed while sunning and diving in the Red Sea. After the last event we also traveled trough Israel and Palestine which I can highly recommend and my last day in Jordan ended as overwhelming and awesome as the first had started: Still glowing from the sun of the previous day spend at a Dead Sea beach/pool resort I fully loaded a taxi with 500 euro’s worth of milk powder and boxes of shampoo to take to a Philippine shelter and deportation center all the way across town. Here I interviewed some of the girls about their terrible abuse and mistreatment when working as a maid in Jordan. After this I took a taxi to the World Football Cup qualification game between Jordan and China, of course I stopped on the way for my last delicious falafel sandwich. And together with the other (leftover) Nour participants and our Jordanian friends we drove afterwards to the airport where I boarded the plane just in time to arrive eight hours later back in Holland with a hoarse voice and a the Jordanian flag still painted on my face. 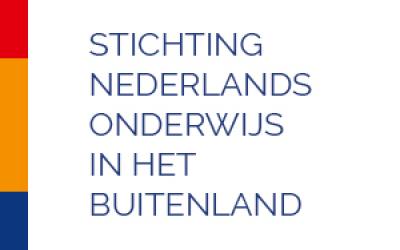 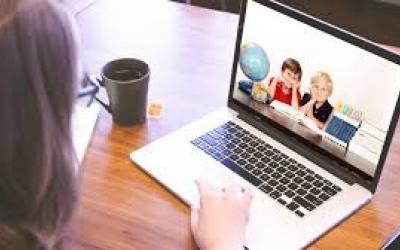